FOR PETS AND THEIR PEOPLE Furry Freshness is an environmentally friendly stain and smell remover created by Bryson and Jennifer, a pet-loving couple from Austin, Texas. After years of sharing their home with two golden retrievers and two Persian cats, the couple decided it was time to find a permanent, eco-friendly solution to the sticky problem of pet stains and odors.

The founders of FurryFreshness are so confident in their products that they offer customers a 100% money-back guarantee. To determine how many sales were coming from Facebook ads, FurryFreshness partnered with its agency, Spotlight Social Media Consulting. The team implemented and measured the impact of multiple Facebook-recommended campaign optimizations over a two-week period.

The team delivered dynamic ads for broad audiences on Facebook to discover people with a likely interest in pet cleanup products. By adding a Facebook pixel to its website, FurryFreshness was able to show products from its catalog to audiences on Facebook who had previously expressed interest in those products or products like them. Then, to re-market the right products to people who engaged with the initial ads, FurryFreshness delivered a follow-up campaign of dynamic ads.

The team used the automatic placements feature to deliver the ads to Facebook News Feed, Instagram feed or Instagram Stories, depending on which platform was most likely to provide the best results for the lowest possible cost at any given time. Furry Freshness also used the campaign budget optimization feature to optimize ad delivery across the highest-performing placements and allocate budget to the best-performing creative during the campaign.

To measure the effectiveness of these tactics and determine the amount of incremental sales caused by the Facebook campaign, the team conducted a conversion lift study.

By being willing to try new campaign tactics, FurryFreshness was able to assign a clear sales result to its ads. From September 9–21, 2019, its campaign achieved: 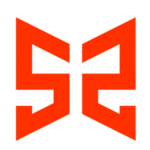